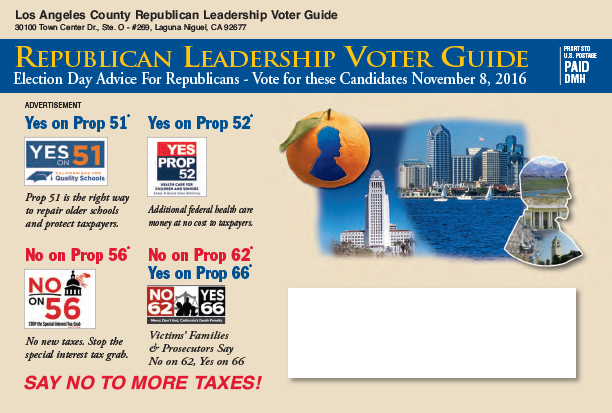 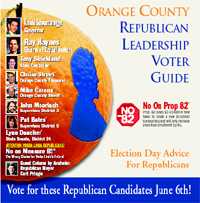 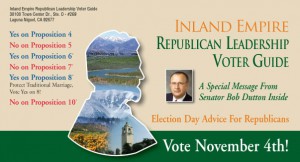 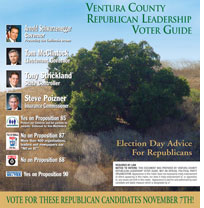 While Landslide Communication’s slates are targeted to include moderate and conservative voters regardless of party affiliation, including independents and “Decline-to-State” voters, “hard-core” self-identified Republican voters remain a very important part of our overall direct-mail program.  And as the saying goes, “all politics is local.” GOP voters are dominant in the local southern California counties of Orange County, San Diego County, San Bernardino County, Los Angeles County, Riverside County and Ventura County, and are the most important in the State of California for Republican candidates and statewide measures that are counting on support from their Republican base.  In these days of low-voter turnout, inexpensive and persuasive direct-voter contact like Landslide’s “Republican Leadership series” to help inspire higher GOP voter turnout are now an even more essential part of a winning campaign strategy.

If you want to help build a big vote in Orange, San Diego, San Bernardino, Los Angeles, Riverside and Ventura Counties, you need to be on our Landslide Communicatiosn slate program!

As allowed by campaign regulations,
we accept the following credit cards